What often stands between law enforcement and the criminal element... 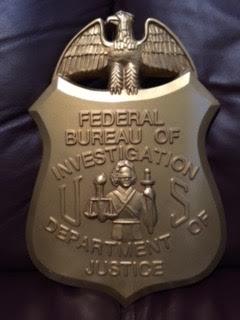 “—We AIM spirit-warriors weren’t about to sit quietly and wait to see just who was in those two unidentified cars that came roaring unannounced in a cloud of dust and confusion and flying bullets into our compound that morning.”

Indisputable proof of Peltier’s lies comes from one of his co-conspirators, Darrel ‘Dino’ Butler. [ii]

Butler participated, with others, in the initial unprovoked attack on FBI Agents Coler and Williams. His precise involvement at the Agents’ vehicles is known only to him and those who were there.

Previously, and for the better part of two decades, Peltier and others claimed that someone they knew, the phantom Mr. X, who was allegedly bringing dynamite to the AIM camp that day, was the one who first wounded and then murdered the Agents; driving off in the infamous red pickup.

In the Robert Redford narrated film, Incident at Oglala, Bob Robideau describes in significant detail what he allegedly saw Mr. X do that day. In the very next sequence, Leonard Peltier states for the camera “This story is true.”

Well, it wasn’t, and how do we know this? Nearly two decades later, in 1995, Dino Butler came out publicly and admitted:

“That is all totally false. Totally untrue. That never happened.” [iii]

Butler’s denial was later validated by one of Peltier’s own attorneys. [iv]

In a filmed sequence, Butler is at Jumping Bull and describes what he saw that morning:

“They drove in past that white house down there and went down between those hills, (Gesturing and pointing with his right hand into the distance on the property) they took up a position right down there. Most of our, all our people were over here. (Gesturing and pointing with his left hand to his left). No fire, no fire, was coming from them, I couldn’t understand why they didn’t just pull around and drive back out.”[v]

Butler’s eyewitness description is clear enough: The Agents were in an open field and they were not shooting at anyone.

Butler observed this at a most critical moment. Agent Williams was on the FBI radio calling for assistance and describing that they were about to, and did, come under fire. He said that if they didn’t get there soon, they would be dead. They then heard him painfully say “I’m hit.”

Butler also came to his own obvious conclusion; why didn’t they just turn around and drive off the Jumping Bull property?

They didn’t because it was too late. Early on at least Ron Williams was wounded (three times before he was murdered), and Jack Coler received that probably fatal wound that left him defenseless.

Darrel Butler told the truth because he had no incentive or reason not to, even to the extent of going public and also on film.

Peltier has lied repeatedly about the events of that day, changed his alleged details of what took place, pretending, or hoping, that the myth and folklore will somehow replace the truth. Peltier has to live with his lies. Lies that only further diminish his shallow claims of innocence.

A question to ask is why did Peltier over-react? (When he was arrested by the Canadian Mounties in February 1976, he said he would have blown them out of their shoes had he known they were coming to arrest him.[vi] Yet, another question to ask is why did Peltier brutally murder the already severely wounded Agents? The answer is obvious. Ron Williams saw his attackers, and Peltier, the spirit-warrior, knew all too well that dead men make poor witnesses.

“In the Spirit of Coler and Williams”

Yet another lie; there was ‘no cloud of dust.’ “June 26, 1975, started out as a beautiful early summer day, the air sweet and heavy after an especially violent overnight thunderstorm that all but blew our tents away. The downpour had kept us up late, and I’d slept in our makeshift tent city as we called it.” p.123. Further, Peltier’s lie of omission: There is literally no sense of irony that Peltier never mentions Mr. X or the red pickup in his autobiography.

[ii] Darrel Butler, an AIM member, was not a co-conspirator in a legal sense because neither he, Bob Robideau or Peltier were charged with conspiracy. However, their participation in the unprovoked attack and murder of FBI Agents, Jack Coler and Ron Williams, in a real sense, made them co-conspirators.