"In the Spirit of Coler and Williams
Ed W.

HORRIBLE PARENTS:
AND WHAT THEY TEACH THEIR CHILDREN

“We Will Too” Part Two

The December 15, 2014* NPPA Blog editorialized the “I Will” Clemency Campaign, YouTube video (Footnote 1) describing that the participants are being scammed by the Peltier myth and supporting the disproven folklore by participating in a process that is all passion with no substance. All the supporters are either blind to Peltier’s guilt or clueless about the facts, or, if they do understand what actually happened, could care less, which is even worse (Fn.2).

However, even if we do accept that at least the Native American children being used as sympathetic props have a vested interest in their own history, shame on those adults and parents who pushed their smiling faces into the camera to support cold-blooded murder.

The most offensive segment of the video comes at two minutes and fifty-three seconds when the handsome, smiling, white couple, holding their beautiful young daughter, proclaim, in unison, “We will” (Fn.3) 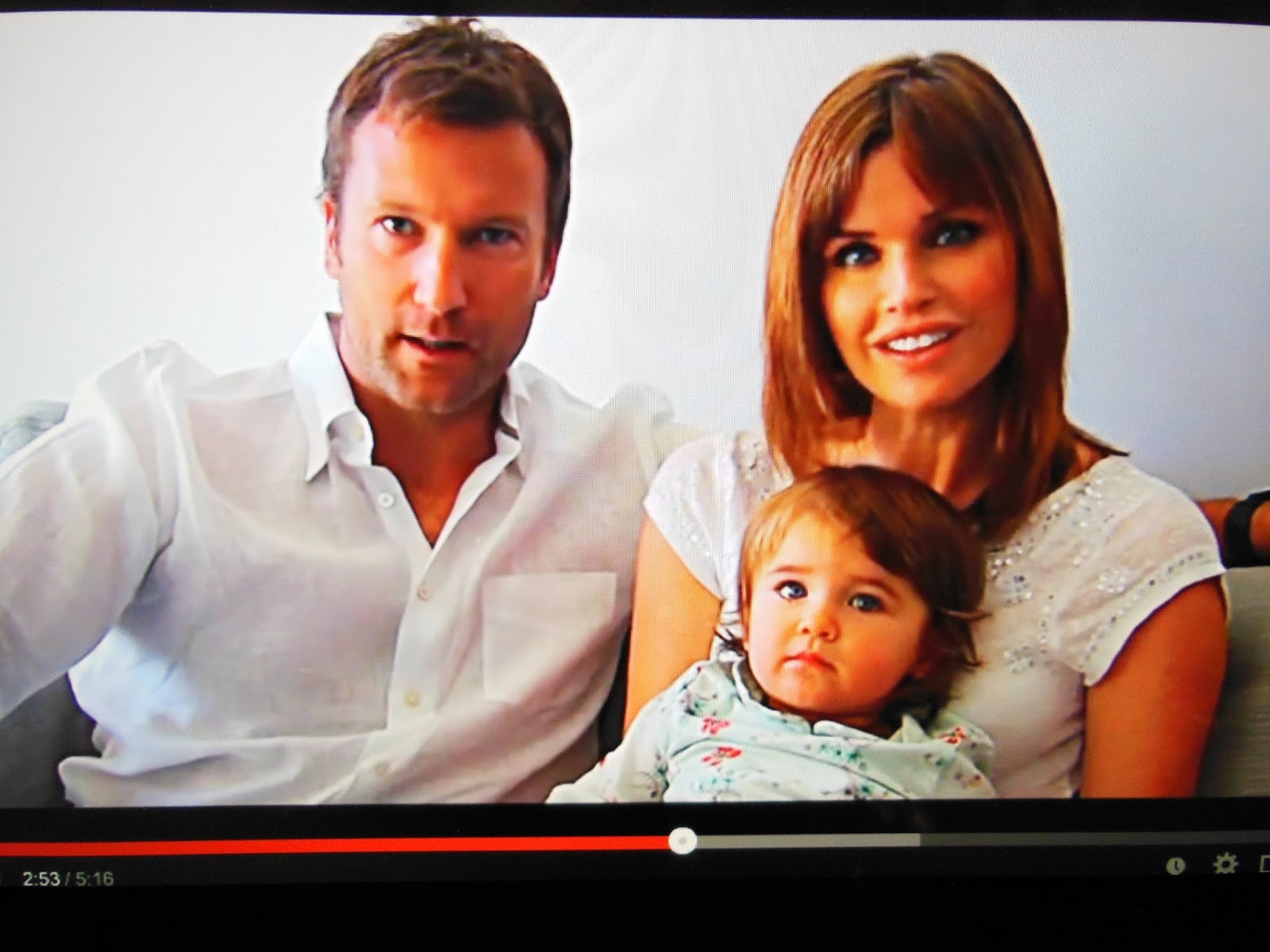 If we had the parents’ names, they would be identified here.

However, let’s give their daughter a name; let’s call her, “Annie.”

Annie, in memory of Anna Mae Aquash who had a gun stuck in her mouth by Leonard Peltier trying to force her to admit she was an FBI informant. She did not admit it. History proved she was not. Anna Mae, during their escape from Pine Ridge after the agents’ murders was unfortunate enough to have heard, along with others, Peltier’s confession that he killed the agents; “The M’Fer begged for his life, but I shot him anyway” (Fn.4). However, that didn’t deter the American Indian Movement (AIM) leadership from believing otherwise that Anna Mae was an informant—and at that point—she knew too much. It is strongly speculated that Peltier, in order to protect himself, certainly acquiesced to the final decision. Anna Mae was kidnapped, (concurrent with the assistance and knowledge of AIM attorney, Bruce Ellison), raped, shot in the head and dumped in a ravine on the Reservation. The nobility of AIM is almost as great a fallacy as Peltier’s, and using his own self-descriptor, being a brave warrior (Fn.5). Nonsense to both.

So, this white couple, for now lets call them, Mr. and Mrs. Jones, who have no apparent personal investment in Native American history are showing the world what truly horrible parents they are. Their parenting skills are not just absent, they are destructive.

This is the lesson young Annie is beginning to learn and will, no doubt, grow up with:

— Annie, it’s OK to express your anger and dissatisfaction with a situation involving law enforcement officials and to shoot them, whether or not they are in a position to defend themselves.

— Annie, we, your parents, want you to understand that it isn’t important to know the facts and the truth of a situation before you speak-up about something you feel is an injustice.

— Annie, we want you to follow us, and our beliefs. We don’t want you to be able to thoughtfully analyze an important issue and come to an informed decision based on the truth and facts, but instead, just go with the emotions that we’re imparting to you.

— Annie, in a situation where police officers, or in this instance, FBI agents, are mortally wounded, it’s permissible to shoot them in the face, instantly killing them. Understand, as Leonard taught us; dead men make poor witnesses.

— Annie, it’s really all right, if after you murder two human beings, in this case, federal agents, to steal their weapons, make an escape and later claim that you were brave and did it for ‘your people.’

— Annie, it’s certainly permissible to have sympathy for the First Americans by lionizing someone who has hijacked that storied heritage for his own fraudulent and twisted benefit. Really, it’s OK that Leonard did that.

— Annie, when someone has admitted that he has absolutely no remorse for killing two human beings, and has said publically “I never thought my commitment would mean sacrificing like this, but I was willing to do so nonetheless. And really, if necessary, I’d do it all over again, because it was the right thing to do.” And, “I don’t regret any of this for a minute,” your mother and I are telling you that this is acceptable behavior. That’s right, Annie, no matter how vile and criminal someone’s actions may be, it doesn’t matter at all whether they have the least bit of remorse or conscience. Society’s mores just don’t matter to you or us as long as it makes us feel better (Fn.6).

— Annie, just so you know, those FBI agents who were murdered, their names were Jack Coler and Ron Williams by the way, had families of their own. Matter of fact, Jack had two young sons; they were one and a half and three, close to your age now. Those two children grew up never knowing their own father. But, sweetie, it doesn’t matter that much because it’s been nearly forty years and those boys are all grown up now anyway. Besides, Leonard has been in jail for thirty-nine years and that’s long enough. You see he is a Native American and because America treated the First Americans so badly, you, your father, and I, must ignore and forget what Leonard did.

— Annie, what may be fun for us to do, if Leonard gets out he will no doubt be asked to speak about his long incarceration and we’ll gladly pay to hear him. Maybe we can get him to autograph his book for you. See, sweetie, it will be just fine for Leonard to tell the fables we have accepted and make money from the murder of those two young men. After all, honey, that’s what free speech is all about, and what’s wrong with a little capitalism along the way and Leonard makes some money in the process.

— Annie, you have to understand that the FBI says Leonard has told many lies, changed his version of what happened that day on the Reservation and has made self-incriminating public statements that prove his guilt beyond all doubt. (Sweetie, “self-incriminating” means that Leonard has said things to many other people that prove he is guilty and did kill those two FBI agents.) We know he has said those things and that many judges reviewed his case, but we don’t care. He’s a poor persecuted Indian and we have to forget all that and just support him. That would make us, and you, feel much better. Then we don’t have to worry about that white-man’s guilt stuff because we helped a convicted murderer go free.

Mr. and Mrs. Jones are guilty of the worst kind of child abuse; emotional abuse of their little Annie by fostering a pattern of behavior that will seriously interfere or completely destroy her cognitive, emotional, psychological and social development. They are engaged in emotional child manipulation by exploiting and corrupting, where the child is being taught, encouraged, or maybe even forced to develop inappropriate or illegal behavior. They are laying the groundwork for future destructive or antisocial acts and that criminal behavior—in this instance cold-blooded murder—is socially acceptable and that she should laud and celebrate a killer.

Mr. and Mrs. Jones need some serious education on the realities and facts of the Incident at Oglala along with some intense counseling on how to intelligently and responsibly raise a thoughtful and socially balanced child.

So far, they are doing a horrible job**.

* December 15, coincidentally the 14th anniversary of the dignified procession to the White House: see paragraph #59 http://www.noparolepeltier.com/pine.html and for more details http://www.noparolepeltier.com/debate.html#1
**aka Mr. and Mrs. Jones are welcomed, at any time, to contact justice@noparolepeltier.com to learn the truth about Peltier, his conviction, denied appeals and public statements. The challenge is there to go beyond the Peltier rhetoric and lies and understand that you are on a fool’s errand. Leonard Peltier is the last Indian to assuage the treatment of First Americans…but you are too blind to see it. The challenge is given. Odds are, you have neither the courage of your convictions nor the intellect to seek the answers to the questions you’re really afraid to ask. So, no, like other Peltierites, I don’t expect to hear from either of you. It wouldn’t fit the liberal Peltier narrative.
Footnotes:
1) http://www.youtube.com/watch?v=iBPfEHhFJ-0
2) Weslie Studie, Jackson Browne, Carlos Santana, Sheila Tousey, Tom Morello, Peter Gabriel, Thomas Poor Bear, Peter Coyote, Harry Belafonte, Michael Moore, Pamela Anderson, Nelson Mandella, Robert Redford, Hanoi Jane, aka Mr. & Mrs. Jones,
ET. AL.
3) “Mr. Jones” appears with his daughter at 3:03, “Mrs. Jones” appears also at 3:42.
4) http://wwwnoparolepeltiercom-justice.blogspot.com/2015/02/peltier-i-am-reporter.html
5) Regarding Anna Mae Pictou-Aquash: http://www.americanindianmafia.com/audio/GunInHerMouthReMix.wmv
Regarding AIM attorney Bruce Ellison:
https://rezinate.wordpress.com/tag/bruce-ellison/
6) http://wwwnoparolepeltiercom-justice.blogspot.com/2015/02/peltier-i-am-reporter.html
https://rezinate.wordpress.com/2015/03/16/justice-for-leonard-peltier/