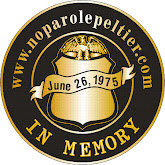 Today, April 30, 2022 marks twenty-two years since the creation of the No Parole Peltier Association and its related website, that also added the NPPA blog in 2009 reporting on timely developments in the Peltier matter.

Much has happened over the past year as Peltier believes his best chance of commutation is at hand.

That remains to be seen as America witnesses a disturbing rise in violent crime and an increase in law enforcement officers injured or killed in the line of duty.

The Attorney General and the Department of Justice recognize this alarming trend and are certainly sensitive that an unrepentant convicted murderer received a fair trial and a just sentence. Notwithstanding the Peltier myth, the courts have repeatedly confirmed this basic fact.

Please see the past eighteen blogs that review in detail the past year, especially the more recent ones regarding former U. S. Attorney James Reynolds and current Peltier attorney, Kevin Sharp, for some telling and certainly challenged comments, and Huffpost articles that are totally detached from the facts and reality and lost in the Peltier folklore weeds.

To all the officers killed in the line of duty,

And in 2021, FBI Agents Daniel Alfin and Laura Schwartzenberger 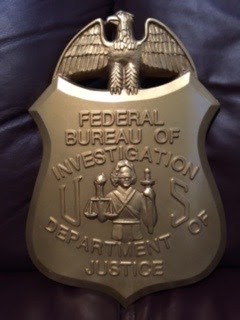